The production area of Crudo di Cuneo includes the provinces of Cuneo, Asti as well as fifty-four municipalities in the southern part of the province of Turin.
The production area of Crudo di Cuneo has played host to pig breeding and the processing of pork for many centuries.
In the production area there is a microclimate influenced by warm and dry air currents rising from Liguria and Provence, through the Cadibona-Montezemolo and Tanaro valleys, the Mondovì and French/Italian valleys of Roya Vermenagna and Vésubie in the south, the French Durance and Queiras valleys through to Cuneo’s Stura di Demonte, Maira and Varaita valleys to the West; while the air currents descending from the Susa Valley are, in the North, a form of "wind barrier" which protects the microclimate of the designated area of production.
The entire designated area, from Cuneo to the hills of the Langhe, Astesan Montferrat and Turin’s hillsides, consistently demonstrates very low, constant air moisture, with no peaks which would be difficult to control. The moisture level ranges from 50 to 70%. The conditions are therefore optimal for the curing of hams, even in natural cellars, without the need for special air conditioning.
"Crudo di Cuneo" PDO stems from the combined action of human and environmental factors which, over time, have impacted on the achievement of the label and contributed to its unique quality characteristics. 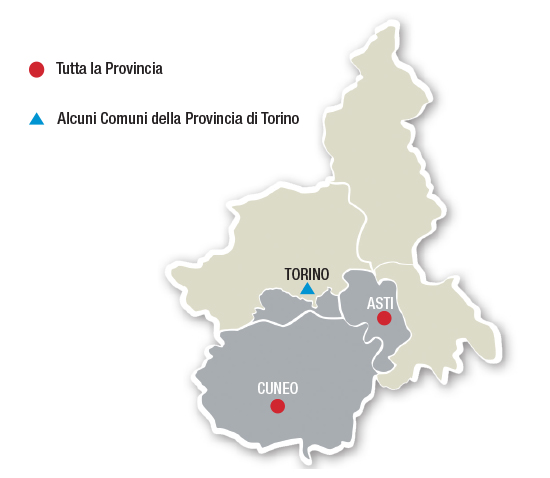