A bit of history

The origins of the local processing of pork haunches dates back at least to the 17th Century, as evidenced by a document from 1618 where reference is made to the work of Piemonte butchers.
The days given over to slaughter of the pigs, which was held in late winter, were days of celebration during which farming families followed an almost ‘sacred’ ritual handed down from generation to generation; all under the direction of the ‘sautissé’, a meat processing expert, who travelled from farmhouse to farmhouse to ‘process’ the pigs. The best pig haunches were cut from the carcasses, salted and hung for curing in the cellars and granaries of the farmhouses, resulting in excellent hams the following year. In fact all the products obtained this way, including the hams, represented an irreplaceable food source, in terms of both the protein and caloric value.
From second half of the 19th Century onwards, ham from the Cuneo plane assumed greater importance: the new middle class, born out of the development of industry and commerce, elevated ham and its processing to a veritable culinary art; indeed, chefs began to combine ham with fine wines and cheeses. Nobility and the clergy, bound to tradition, demanded customised recipes from the "master ham makers”, the founders of the first meat processing workshops. These traditions continue today, consisting of the numerous processing stages and small butchery and curing sites scattered across the area and the thousands of farmers involved. 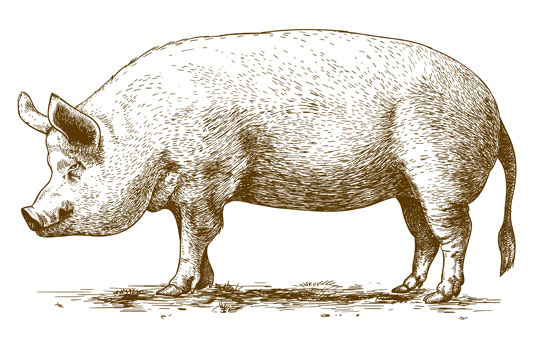